Four members of the Balgores team took part in a charity golf day on 20 July to help raise money for a cause close to our hearts: Saint Francis Hospice. As part of the day there was a putting competition, sponsored by Balgores, that raised approximately £1,400.

At Balgores Leasing we fundraise for Saint Francis Hospice all year around. It’s a charity we firmly believe in. As well as promising to donate £5 to the hospice for every vehicle we lease, our team has been involved in numerous events throughout the course of 2017 to help raise extra funding for the Hospice. 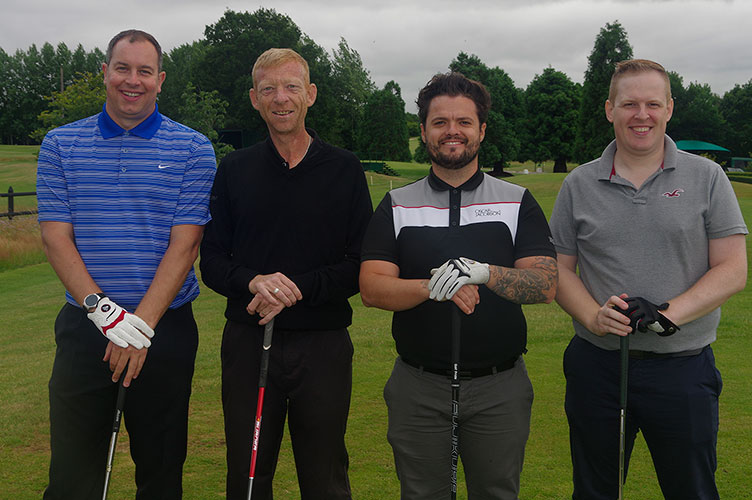 In Oct 2016, Balgores Leasing supplied a new Vauxhall Combi van free of charge to Saint Francis which the charity says has proved invaluable. “This relationship has been most fruitful, and at the end of January 2017 has raised the fantastic total of £22,140, which has had a huge impact on our ability to provide our vital services to local people when they are most at need,” says a Saint Francis spokesperson.

Most recently, on 8 July, team members Danielle A and Katie took part in the annual Star Walk - the biggest PJ party in Romford; a 10k walk starting from 9pm with the team dressed only in their nightwear, with a mug of hot chocolate waiting for them at the finish line. So far, Saint Francis Hospice has raised more than £15,000 and counting from the Star Walk.

Five brave members of Balgores Leasing – Danielle A, Jayme, Treena, Guy and Andrew – also held out in a battle of nerves to abseil down the ArcelorMittal Orbit at the Olympic Park on 9 June. Earlier in the year, in May, Danielle A, Treena & Katie also took part in the East London Bubble Rush; a 5k course of running, jumping, dancing and singing through a sea of coloured bubbles. 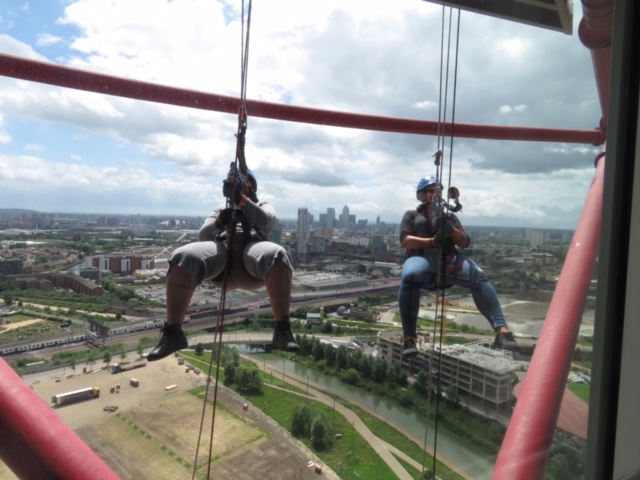 That won’t be the last of Balgores’ fundraising efforts, with the team promising to dedicate its efforts to support the Hospice, spread its message and generate some much-needed funding to allow Saint Francis to offer greater adult care in the local community.

Saint Francis Hospice delivers care and support to people at home, within the community and its hospice entirely free of charge, and has been helping the people of Brentwood, Havering, Barking and Dagenham and Redbridge since 1975, assisting approximately 4,000 people each year who have life-limiting illnesses.

It’s estimated that Saint Francis Hospice costs around £10.3 million a year to keep its doors open, receiving 27% of its funding through the NHS. It needs an extra £7.3 million of donations annually to stay open, with the Hospice team relying heavily on the goodwill of the community it so selflessly supports for additional funding.

Balgores Leasing is a key corporate sponsor and has been fundraising for Saint Francis Hospice since October 2015, with the team since hosting and participating in an incredible amount of fundraising activities including clay pigeon shooting, raffles, 100-mile bike rides and more.

Balgores Leasing committed to raising at least £10,000 for the local hospice last year, with the team hoping to break through that barrier this year and beyond with their fundraising efforts.

The charity golf day was the latest step in helping provide Saint Francis Hospice with the funding boost it needs to serve the local community. Balgores Leasing and its dedicated team works hard to support Saint Francis Hospital all year round. If you’d like to donate to such a wonderful cause, visit our dedicated fundraising page to find out more.